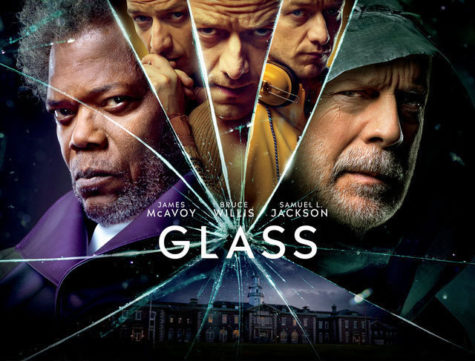 We were first introduced to Elijah Price in the 2000 film “Unbreakable.” Price has an amazing mind, but his bones are very fragile and therefore break easily, thus he became known as Mr. Glass. In the film we also met introduced to David Dunn who in a way is the opposite of Mr. Glass. Dunn’s bones seem to be unbreakable. Dunn was in a train accident where he escaped unscathed being the only survivor.

“Glass,” named after Mr. Glass, features all three of these characters. In this movie David Dunn tracks down Kevin. After Kevin is tracked down a fight ensues. Later these two are locked in a mental institution along with Dunn’s archenemy Mr. Glass. While at the institution these three are questioned by Dr. Ellie Staple who’s a psychiatrist who is out to prove that all three are not superhumans.

The movie started out slow, but the anticipation surged leading up to a thrilling climax. I strongly recommend seeing this movie if you are into Marvel or superheros in general. Overall, I give this movie an eight out of ten.