Everything is Not Awesome

“Lego Movie 2: The Second Part,” was like most sequels. It wasn’t as good as the original and failed to live up to the hype. “Lego Movie,” set a very high bar with its humor and catchy song. This movie didn’t meet that bar, but I was thoroughly entertained and think it’s a really good movie.

Five years ago everything was awesome and it seemed like Emmet was on top of the world. Now, things are not looking so well as all the nice buildings have been destroyed by Duplo aliens. These aliens come back every time something nice is built so they can destroy it. Furthermore, Emmet seems to be the only one who still thinks everything is awesome. 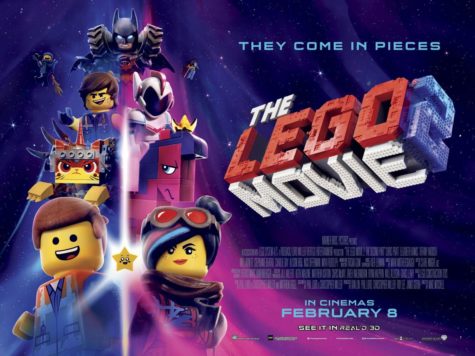