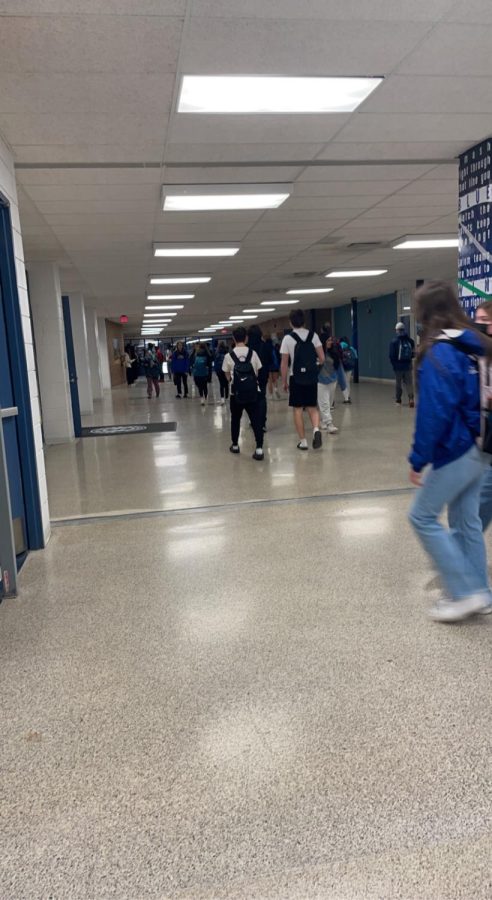 The administration at Plymouth-Canton Educational Park (P-CEP) conducted a lockdown drill on the afternoon of Wednesday, March 23.

Most students expect lockdown drills to take place during a class period while students are in their classes. Students in the halls are then pulled into the closest classroom. This lockdown, however, was held between class periods – while many of P-CEP’s roughly 6,000 students were walking in between schools. Students walking on the paths between the three schools were ushered back to the closest school by security guards.

“When the lockdown started, I was walking from Plymouth to Canton and I was halfway to Canton before [the security guards] made me turn around and go back to Plymouth,” said \ Benjamin Fairchild, Salem senior.

Although the lockdown took place while people were moving between classes, students and staff alike thought people took it seriously.

“All of the people with me listened to security and went back to the Plymouth library,” said Fairchild.

Andrew Laesch, Salem senior, said “My entire class was silent for the whole lockdown. The teacher made sure everyone from the hallway got into their classes.”

In late 2021, there was a large lockdown scare at P-CEP, a few days after the shooting at Oxford High School. The students at P-CEP were kept in classrooms until past 6 p.m. while police and security investigated a rumor of a weapon on campus. This event led to an increase in efforts to keep P-CEP students safe from possible threats.

Plymouth teacher Valerie Canfield believes students were acting more responsibly during the March lockdown because of the December lockdown experience.

“[The students] seemed to understand the importance of a lockdown now,” said Canfield, “and I felt they were also willing to be helpful. I never saw that in a student before this year.”